I’M stuffed before I start. Start to munch, that is, my way through the new eateries that have burst on to the foodie scene.


I’m craving for a full-time assistant who can track the restaurants, cafes, bars and bakeries rising in every part of the city like magnificent soufflés. More than a dozen in the inner south alone. And to think that little ol’ Canberra hasn’t even hit a population of 400,000. We’re truly addicted to dining and wining.

Listing all the newbies would give me indigestion, but a (random) sampling is in order.

Picnic is a pop-up bar on the terrace at the National Library. Buvette Bistro and Wine Bar (French) is at Hotel Realm.

Avesta in Manuka is dishing up Kurdish meals. Cibo in Phillip has opened. Pickled Pear, Dundas Court, has, too.

It’s mind boggling and don’t get me started on the half-dozen or so newbies due to open soon, such as Guild at Bailey’s Corner and The Pedlar café/pub in Campbell.

But do all these places have the right ingredients to survive? Although I’m still hunting for official stats, it seems that for every place opening there’s one that bids us farewell. Perhaps it’s not one-for-one but it has to be pretty close.

A friend and I recently sat at an inner-south bar with a pen and a serviette (to write on ‘cause we didn’t have any paper!) and two glasses of wine (one each!). We listed, in less than 10 minutes and just off the top of our heads, the places that have closed in the inner south alone in the past year or so. The total was 20.

The latest one (sadly) is Ox at East Hotel. Also on the list is Malamay in Barton (although Chairman and Yip is moving in, having closed in the city). Then there’s Mecca Bah, Camellia, Kingston Grind, Rum Bar, Kennedy Room and many more.

Some re-open under a new owner or another name, but some don’t. Some owners retire or are “over it”. Some close because of gruesome battles with greedy landlords. Some are sick of staffing issues (and costs). Some don’t have the formula right.

Some don’t have the expertise (such as public servants who invest their super into a hospitality enterprise because it’s a hip thing to do, yeah right). And some simply struggle to survive in this tight and highly competitive market.

What do you think? Can Canberra sustain such a burgeoning industry? I know what I say: I’m stuffed before I start. 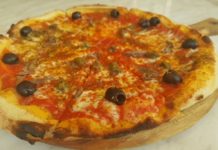 CityNews - July 15, 2020
0
"Crowded pubs, close lines of people, casual attitudes in shops and recreation areas are all testament to complacent attitudes; the very things that will bring COVID-19 back to Canberra," writes MICHAEL MOORE.