THE ACT government has presented an offer to carry out the second stage of the Canberra light rail network. 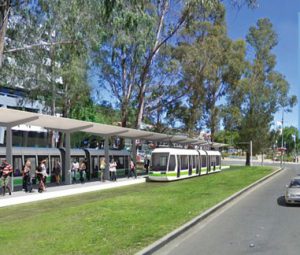 Fitzharris says: “With stage one well underway, we are excited to continue the important work of delivering the light rail network.

“Stage two will link the city to Woden and builds on the ACT Government’s commitment to deliver a world-class public transport system, with light rail at the heart of the network. It is a city-shaping project.

“We know that, like all major infrastructure projects, light rail stage two will require skilled input from professionals in a range of areas to advise the ACT Government on the technical, commercial and planning opportunities and challenges.”

The project team will require a range of commercial and technical advisors to assist with the details for the second stage.

“We need expert partners who understand and can work through the complex engineering, commercial and community aspects of the project,” says Fitzharris.

Stage two is proposed to run from Alinga Street in the city to Woden, with the new route connecting residents, businesses and government with the city, the Parliamentary Triangle and southern Canberra.

A light rail stage two tender briefing will be held on December 8.

Tenders will be available on the Tenders ACT website at tenders.act.gov.au. Call Transport Canberra on 6207 9097.