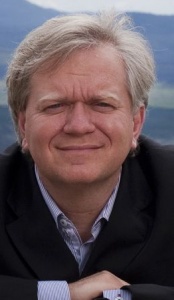 MEMBERS of Canberra’s music community are in a state of euphoria at news this morning that the ANU’s new Vice Chancellor, Nobel Laureate Brian Schmidt, has commissioned a comprehensive community consultation on the ANU School of Music which, he says, will “find ways to strengthen the school, its academic excellence and deepen its engagement with the Canberra community.”

Professor Schmidt has asked former public servant Professor Andrew Podger to run the consultation, which will include discussions with past and present staff and students, and with the wider community.

Prof Schmidt’s commitment to music is well-known and he says, “As Vice-Chancellor, I have a strong commitment to the School of Music and believe music education plays an essential role in a great university such as ANU. In fact, my first visit to Australia was as a teenage member of the Alaska Youth Orchestra, which visited Canberra and played a concert in Llewellyn Hall.”

“CityNews” has received several calls from local musicians who would rather not be named, but Kathleen Grant, the CEO of Music for Canberra says, “I am happy that Brian Schmidt is now in a position to investigate issues at the School of Music and support this consultation process.”

Professor Podger’s consultations will be guided by three core principles: the School of Music should be committed to international excellence; it should be as relevant as possible to the community; and any changes must be affordable.

Professor Podger is to release a discussion paper in May after an initial round of consultations. He will then hold further consultations, before delivering a final report in August.

Professor Schmidt is now encouraging everyone to contribute to the discussion and have a say on the future shape of the School of Music. Visit http://budgetsolutions.weblogs.anu.edu.au/files/2016/02/Terms-of-Reference-SOM-Consultation.pdf

CityNews - October 29, 2020
0
Over a five day period, a man and a woman robbed businesses and stole cars across the ACT.