ACT Policing is seeking to identify two male alleged offenders involved in an assault in Canberra City on Saturday, 6 August 2016.

About 11.15pm, the victim was walking along Mort Street talking on his mobile phone, when he was followed and then dragged to the ground by the two male offenders. The victim was kicked and punched whilst on the ground and sustained several injuries requiring ongoing treatment.

Both offenders are described as being approximately 183cms (6’) tall and Caucasian in appearance, with slim builds and brown hair.

The second male was wearing a dark coloured jumper with a white t-shirt underneath, blue jeans and black and white shoes.

If you recognise either of these males or have any information that could assist police, we urge you to contact Crime Stoppers on 1800 333 000, or via https://act.crimestoppers.com.au. Please provide reference number 5997846.

Information can be provided anonymously. Police remind people they should not report crime information via Facebook and Twitter pages. 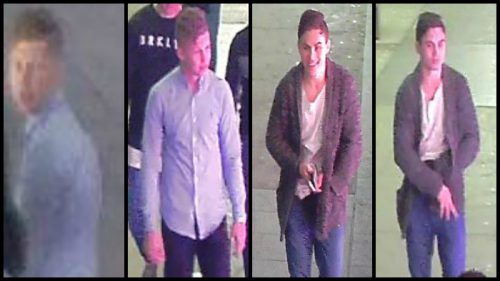 UPDATE: The suspects have no been identified.