Home arts Arts / The show goes on at Vivaldi – for the last...
Share Canberra's trusted news:
Facebook
Twitter
Pinterest
WhatsApp
WHEN Teatro Vivaldi closes its doors for the final time at the ANU Arts Centre this weekend, you can bet there won’t be a dry eye in the house.

Satirical entertainers John Shortis and Moya Simpson, with Peter J Casey, are providing the swansong entertainment on Thursday, Friday and Saturday and it’s likely to be packed out.

Soon to be demolished as part of the university’s development plans, Vivaldi will, like its neighbour The Gods Café, be no more – and patrons are not happy. 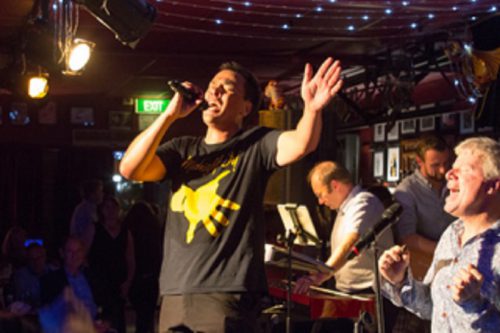 Jazz-lover and founder of Jazz At The Gods, Geoff Page, who played a final gig on D-Day, June 6, with the John Harkins Trio, wrote to patrons: “like you, I am angry that Jaye and Katie [The Gods’ proprietors] have been treated so poorly by the ANU administration.”

Actor, rocker, author and drama teacher George Huitker, who with his band Junk Sculpture has been doing New Year’s Eve shows at Vivaldi’s for years. They held their last gig “Burning down the House” on June 3, and puts it this way: “Rest in peace Vivaldi’s… you will always be deeply and genuinely missed in a way concrete edifices are not.”

Back in 2001, Vivaldi’s owners, Mark Santos and Anthony Hill, moved to Canberra from London where they had run a B&B in Belgravia. Hill by day was a professor of synthetic organometallic chemistry at the ANU but by night Hill and Santos leased the campus restaurant, which was already called Vivaldi’s. They then began dinner and show packages, turning it into a hub of theatrical activity, with concerts, cabaret shows, musicals, straight plays and arts events.

Backed by their eccentric collection of posters, masks and theatrical memorabilia, it became “the” place to visit and went on to win “Best Entertainment Restaurant” in the Restaurant & Catering National Awards. 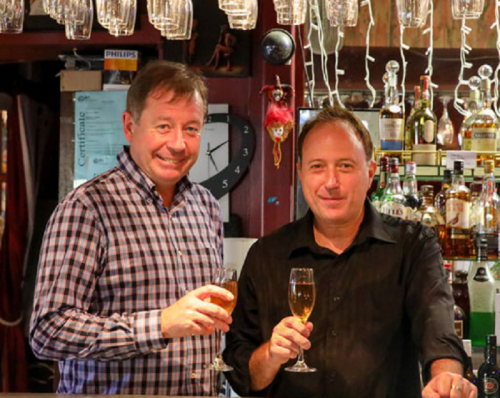 Shortis and Simpson, who have done countless political satire shows and Christmas revues there, point out Teatro Vivaldi has hosted showbiz names like Jon English, Caroline O’Connor, Simon Burke, Rhonda Burchmore, Simon Gallaher, as well as many student productions, local artists and companies, like themselves.

Geoff Page is already talking about other venues for his jazz sessions and, as true believers in the theatre it’s hard to believe that Santos and Hill won’t resurface soon. After all, the show must go on.