RACHEL Cunneen wrote (Letters, CN, March 9) that Nick Jensen has “been disingenuous about his association with the Australian Christian Lobby”.

Regular readers will know that he does not hide his affiliations, though one would sympathise with him if he did so, in order to protect his family from hate mail. What are Ms Cunneen’s undisclosed interests?

What’s really dishonest is passing off as “anti-bullying” a program intended primarily to indoctrinate children in queer ideology. This insidious campaign reaches into all organisations. For example, ACT Policing flies the “rainbow” flag and has uniformed members attend the Sydney Mardi Gras. Thus they destroy their credibility when investigating the bombing of the ACL headquarters.

By participating in identity politics they fail to act in a disinterested way and damage trust.

This is dangerous to society.

I REFER to letters supporting the Safe Schools Coalition program (SSCP) in ACT schools (CN, March 9). It is not enough reason that some children benefit from a program to adopt it school wide. Schools have a duty of care for all students.

Many Canberra parents from different cultural, ethnic, and religious backgrounds are uneasy with the promotional aspects of the SSCP. Programs need to be based in bona fide research and, where a program is controversial, the right to hold an alternative view respected. The SSCP is controversial, and does not meet either of these requirements.

In any case, alarms bells should be ringing about what social transitioning of gender at school may mean under the program, simply because of the wishes of the student, without regard to parental or professional opinion.

Lucky to be in Australia

AS a single woman who dates, I am acutely aware of the prevalence of sexually transmitted diseases (STD). My recent experience of meeting a man who had genital herpes enhanced my fear of catching an STD.Motivated by fear of getting sick, I went to the doctor and had a free STD test. While waiting for my results I realised how lucky I was to be in Australia, a country with a good-quality, public health system, which is free for Australians to access.

I realised that people in developing countries would have a different experience engaging with STDs and health; 340 million cases of STDs occur around the world each year, with the greatest number in developing countries where STDs are the most common diseases treated by healthcare professionals other than malaria and diarrhoeal problems.Within the poverty stricken continent of Africa, 25 out of 100 people will be infected with an STD each year compared to only 9 out of 100 people in Australia. Even though the majority of STDs are preventable through public health measures such as vaccines, antibiotics or condom usage, the sad reality is that developing countries lack the resources to fund this, resulting in larger numbers of people experiencing poor health and early death.

When the doctor informed me that my STD test results detected no infection I felt incredibly relieved and I realised having access to public health measures shouldn’t be contingent on where you live.

Viewed in this light, the Turnbull government should re-evaluate whether cutting $220 million from the AusAid budget was immoral. Australia should recheck its priorities because all people have the right to live free from disease. Our AusAid program is not a “cost”, but rather an “investment” into people’s health. When will the Turnbull government re-invest?

CLINTON McAlister, the ActewAGL Works Delivery manager, argues the case for helicopters being essential to minimise the risk of prolonged blackouts and fires (Letters, CN, March 2).

One can only assume that the helicopter does not operate at night as it has fallen to myself and others to continually report street light outages in this area.

The street lighting to Section 99 Narrabundah was out between March and June 2016 and, more recently, the entire section of Jerrabomberra Avenue between Captain Cook Crescent and Hindmarsh Drive since March 2.

This includes the lights atop of the communications tower at the Goyder Street roundabout, which were also out of commission for months some time ago.

ActewAGL have informed me that the ACT government owns the street lights and that they, ActewAGL, are contracted to maintain them.

Regrettably ActewAGL has shortchanged the government in not cleaning up after replacing the light pole located on Jerrabomberra Avenue just past the entrance to the Capital Golf Club, where a mass of small pieces of broken concrete has to be negotiated in total darkness by pedestrians availing themselves of the bus stop at night.

The situation was reported to Access Canberra some time ago, which so far has only resulted in an automated reply suggesting one can revisit the site after 60 days if the matter is unresolved.

Acton’s the place for the convention centre

OF course the Commonwealth should contribute the bulk of the cost of the national convention centre. And it should be on national land, prominently sited in the central national area, near Civic, with lines of sight to and from Capital Hill and City Hill.

Acton Peninsula is the logical place for that complex, where associated hotel towers can replicate Griffin’s planned building massing. Of course, the sadly ephemeral National Museum of Australia and the Australian Institute of Aboriginal and Torres Strait Islander Studies should have been built at, and now should go to, Yarramundi Reach, as recommended by Australia’s best experts in those fields, in an evocative “tract” format, allowing incremental growth over time.

The “commercial visibility” demanded for the museum by those who tragically blasted the Royal Canberra Hospital off Acton Peninsula can be achieved by close proximity to the successful and popular National Arboretum. That is the plan that the two governments here should be working on. 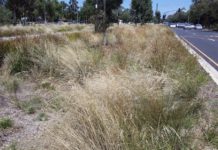 Symmetry must star in a new vision for City Hill

Review - March 4, 2021
0
Standing in front of one masterpiece after another is daunting… seeing the brushstrokes, the lines, colours and shapes of these master works come alive, writes reviewer ROB KENNEDY.