A 38-year-old woman has been charged with aggravated robbery and driving motor vehicle without consent following an alleged incident in Erindale on Wednesday night (November 28). 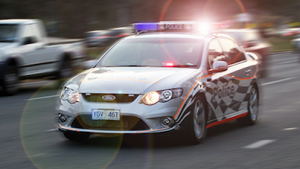 At about 9.45pm last night (November 30), police were tipped off by a member of the public that the allegedly stolen vehicle was parked on Corrina Street, Phillip.

The car was recovered with the woman in the driver’s seat.

The victim, a female restaurant employee, was robbed of her car during the aggravated robbery that occurred around 9pm when she was sitting in her car in Denigan Street, a short distance from the restaurant, on Wednesday.

Police say the driver was approached by a woman armed with a large kitchen knife, demanding her phone and the vehicle.

The driver fled to a nearby service station and the alleged offender left the scene in the woman’s vehicle.