A QUEANBEYAN homestead with a rich history and a pretty cottage garden, Langdene offers visitors a delightful wander through flowers and trailing vines.

Owner Peter Renshaw says he loves to see colour year-round and has planted dahlias, clematis, fuchsia, salvias and hydrangeas, as well as groundcovers to protect the soil.

The Langdene garden will be open to the public on April 13-14 as part of Open Gardens Canberra, one of the last this season.

Peter says the garden has been subdivided several times since the 1860s when the house was built, to the current 1900sqm.

Peter and his wife Judy bought the property in 1972 and say they have made many changes over the years.

“Ten years ago we removed the large lawn in the back, added the veggie patch and planted a variety of bulbs, shrubs and perennials,” says Peter.

“The lawn had been great for the kids, who loved backyard cricket, but we had so many broken windows that our house insurance company eventually refused to insure us – it was no great loss to take out the grass by then!”

Classic roses feature in the rose garden at the side of the house, including floribunda, David Austin and Delbard varieties.

Paths are framed by striking conifers, ferns, geraniums, kniphofias, succulents and cacti among tall shady trees and the many climbers that crowd walls and fences.

Sustainability is a focus for Peter, who has installed 38,000-litres of rainwater tanks that connect to the irrigation systems.

“We’re in a country town, so we’re glad to be able to connect the community through opening the garden,” says Judy.

Jazz pianist Wayne Kelly will play on Saturday,11am-3pm, and Sunday, 12.30pm-2pm, with a sausage sizzle and Devonshire teas also available. 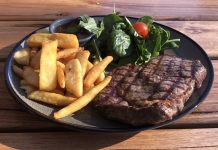 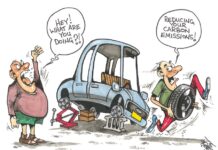 CityNews - June 23, 2021
0
One in four young women feel they are being poorly represented in the news, according to new research from the University of Canberra.