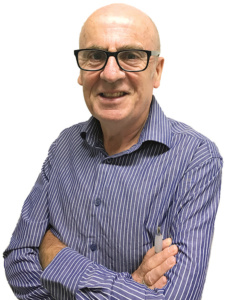 The Senator called on Immigration Minister David Coleman to halt the “disgraceful” deportation. Supporters rallied at Parliament House on Friday calling for the 18-year-old to be allowed to remain in Australia after his family’s application for permanent residency was rejected on medical grounds. The family arrived here from Bhutan in 2012 and fear Kinley faces a “world of isolation” if he is deported.

A CANBERRA start up has won the prestigious Microsoft Australia’s AI for Accessibility challenge. Getaboutable.com – founded three years ago by Dr Yasmin Gray (who has MS) and joined by Steven Diep and Andrew Vassili last year – pitched its travel portal to the technology giant on Wednesday and received the exciting news early on Friday. Vassili says the news was a “big step” for the company, which had been focused on expanding the platform to assist people with a disability.

AS members of the Canberra Press Gallery prepare to burst the “bubble” and head out on the hustings, former ABC press gallery journalist Frank Keany has come to the rescue. Keany discovered “a few boxes in the cellar” of his 2016 book “Follow the Leaders”, written while traipsing around the country in the wake of campaigning politicians. He’s offering Facebook friends a copy (for a nominal fee).

PETER Garrett is heading back to Canberra, the city where he attended uni (ANU) and sat in Federal parliament as a Rudd government cabinet minister. The 65-year-old environmental campaigner is back fronting Midnight Oil, the band he helped form in the 1970s. The “Oils” have scheduled a concert for the Canberra Theatre on May 27, one of only two shows scheduled (the other at Thirroul) before heading back into the recording studio.

STILL at the ANU, and what does the institution have in common with the former White House intern Monica Lewinsky? Both are big fans of the comedian Hannah Gadsby. The Tasmanian’s career took off in 2018 after her one-woman-show Nanette was taken up by Netflix. The ANU has awarded Gadsby Alumna of the Year for 2019. Lewinsky credited Gadsby with helping her reclaim her self-esteem and predicted Gadsby’s motto: “There’s nothing stronger than a broken woman who has rebuilt herself” will be 2019’s most popular tattoo.

OSCAR Wilde’s weather witticisms are still quoted today but with Canberra’s early cold spell millennials have entered the conversation. Headed by “Meanwhile in Canberra” a popular meme has been posted on social media referencing the unwritten law that there be no heating in the capital until Anzac Day. Disappointingly, the millennials from whom I sought an explanation of this cryptic meme could only offer “it’s esoteric”, forcing me to retreat to the comfort of another of Wilde’s (often attributed to George Bernard Shaw) quips that “youth is wasted on the young”.

STILL on Irish wits, butcher Wes Dempsey is not amused. Ordinarily, Wes brightens the days of those who pass or visit his Elite Meats at Kippax Fair with a seemingly inexhaustible supply of witty one liners posted on an A-frame board. But after his business was broken into, the one time stand-up comedian turned the joke board into a threatening warning: “To the scumbags that broke into our shop – Belco is small and when we find out your names you will be begging the police for protection”.

WITH the Ray Hadley bullying allegations continuing to attract headlines, commercial radio’s take-no-prisoners reputation has been laid bare. Locally, a simple attempt to point out a spelling error on a Canberra station’s site has resulted in a gob full of abuse. A former staffer picked up the word record spelled “recoerds” and copped: “So it’s a typo. RECORDS there are you f$%^ing happy now” for his trouble. An internal investigation is understood to be underway.