Almost a century on, Lawrence’s eighth novel, written in just 45 days while staying in Thirroul, north of Wollongong, on the NSW south coast in 1922, has stood the test of time and yet again been re-published.

“Kangaroo’s” recent reappearance has renewed interest in its depiction of Australian society, including the republishing online of a 1958 article by Sydney journalist Tom Fitzgerald.

In the ’50s Fitzgerald used to visit Thirroul, where Lawrence and his wife Frieda had stayed in the winter of 1922.

Fitzgerald wanted to know if any of the locals remembered the exotic couple and to his delight he discovered that after 36 years, the visit had not been forgotten.

Fitzgerald learnt a lot from a longstanding Thirroul hairdresser – “a dignified, slimly built man of about 60” – identified as GS Laughlin.

In 1922 Laughlin had provided Lawrence with valuable information about Australia’s social and natural peculiarities.

The briefings occurred over beard trims in Laughlin’s shop.

These references to Laughlin in Fitzgerald’s resurfaced article struck a peculiar chord with me.

I went to Dickson High School (1963-1967) when the headmaster was Noel Laughlin. He was, I later discovered, a native of Dapto which is not too far from Thirroul.

After reading the Fitzgerald piece, I wondered if there was any connection between these two Laughlins, one of whom was linked to DH Lawrence?

Scrolling through genealogical websites and looking at old electoral rolls indicated that the two Laughlins – George and Noel – were related. They were cousins. They had the same paternal grandfather. Their fathers had fetched up in the same area of NSW.

George seems to have spent his entire adult working life in the south-east corner of NSW and his cousin Noel, in his career as a teacher, tended to gravitate back to the same area or to nearby Canberra.

George made few efforts to downplay his Lawrentian links. He treasured his copy of “Kangaroo” in which his helpfulness was alluded to. He seems to have been quite chuffed when, in 1934, Frieda Lawrence sent him a copy of her autobiography. Her husband had died in France in 1930 of tuberculosis. He was 44.

Fitzgerald’s article in 1958 put the Laughlin connection on the public record.

The likelihood of the future headmaster knowing about his cousin’s connection with Lawrence is high.

Admittedly, there was no discernible sign of any connection with the famous English novelist at Dickson High in the 1960s.

Its headmaster gave off no literary vibes whatsoever.

And yet the undoubted family link is currently having a delayed beneficial effect.

A Canberra headmaster from the 1960s, who came across to many a teenaged student back then as grim and gruff, can now be seen in a far softer light.

For it is surely a real, if minor, distinction to be finally unmasked as a cousin of the man who got to look after the great DH Lawrence and his beard in Thirroul in the winter of 1922.

Who says research can’t be fun? 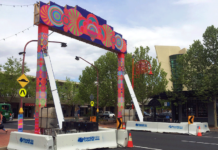 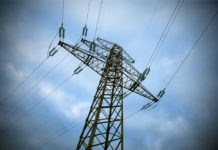 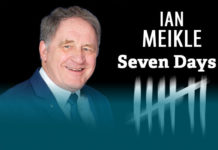 CityNews - February 13, 2020
0
Police are calling for witnesses after a taxi and a bicycle collided in Barton on Monday (February 10) morning.