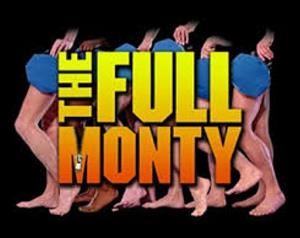 Musical theatre / “The Full Monty”, directed by Chris Baldock. At The Q, Queanbeyan, until March 23. Reviewed by Bill Stephens

“THE Full Monty” tells the story of a group of unemployed steelworkers who, inspired by a visit to their town by the all-male Chippendales strip show, decide to stage their own version to make some fast money.

When Jerry (Dave Smith) the leader of the group, tells them that their show will be better than The Chippendales because they’ll go “the full Monty” and strip all the way, their fears, self-consciousness and insecurities surface.

Terrence McNally’s strong book divertingly explores notions of masculinity, friendship, even suicide, supported by serviceable music and lyrics by David Yazbek, which allow the characters to express opinions and anxieties strongly, and which is given a kick-ass performance by Katrina Tang’s superb band.

Director Chris Baldock has set his gritty interpretation in an abstract industrial setting of scaffolding and metal. It’s not pretty but it’s certainly appropriate and provides the production with additional gravitas by focussing the attention firmly on the characters.

Baldock has also assembled an impressive cast, led by Dave Smith as family man Jerry, desperately trying to retain the love and respect of his young son. Smith centres the production with his strong presence, excellent singing and dancing, and his scenes with Callum Doherty as his son, Nathan, are beautifully handled.

Smith receives excellent support from Max Gambale as Dave, his best friend, who’s grappling with his own body-image issues. Together they make a charismatic duo. Jake Fraser as the indefatigable Ethan, determined to run up a wall, and Garrett Kelly with an eye-catching turn as Horse, also stand out in a strong cast.

Kirrily Cornwell as Vicki provides one of the vocal highlights with her song “Life With Harold”, while Lauren Nihill turns in a delightful comedic performance as the wry and dry pianist, Jeanette.

Jordan Kelly’s excellent choreography is performed with gusto by the cast. It suits the tone of the production perfectly, and cleverly displays the development of the characters as they work towards their big night.

“The Full Monty” is a show with a tough exterior, but winningly soft centre, which turns a spotlight on significant issues of relationships. Supa Productions has come up with a production guaranteed to delight and entertain anyone willing to have their buttons pushed and their mind engaged.

Jon Stanhope - April 7, 2021
0
"We, the middle-class, Labor and Greens-voting majority have effectively mandated that working-class people and low and moderate-income families in Canberra live in an apartment or otherwise move, as increasing numbers are, to NSW," writes JON STANHOPE.