FEDERAL Minister for the Arts Paul Fletcher and ASIC’s Bruce Meagher join journalists Amy Remeikis, Mark Kenny and UC’s Virginia Haussegger to debate Cassius’s proportion “The fault is not in our stars, but in ourselves”, from “Julius Caesar”.

It follows the first in the series of “Bell Debates” in Sydney in September, and this one will be held live and also live streamed from the National Portrait Gallery for audiences virtually on a “pay what you feel” basis.

The idea is to bring together Australians to debate direct quotations from Shakespeare to celebrate the company’s 30th anniversary year, addressing and tackling ideas from his plays in the context of the modern world.

For the Canberra event, two teams of three will debate for and against the quotation, providing a forum to demonstrate the relevance of Shakespeare’s ideas. The event will be moderated by Bell Shakespeare board member Lachlan Edwards and hosted by artistic director Peter Evans.

The Sydney debate in September around the quotations “We have seen better days” from “As You like it”, saw a victory for Benjamin Law’s negative team.

The final debate in the series will take place in Melbourne on a date to be determined. 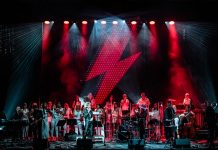 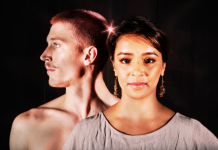