JACKSON Pollock’s 1952 work “Blue Poles” has gone under the microscope at the National Gallery of Australia for its most comprehensive conservation project to date. It’s rarely been off display since the gallery opened in 1982, but the pandemic closure provided an opportunity for the first in-depth research, analysis, and major conservation treatment of the work since its acquisition in 1973. Senior paintings conservator at the NGA, David Wise, has been using surface microscopes, ultraviolet and infrared light, and other analytical techniques to uncover surprises hidden to the naked eye. From July 8 visitors can see Wise working on “Blue Poles” every Wednesday from 1.30-2.30pm.

CANBERRA’S busiest conductor, Leonard Weiss has written from the US, where he’s studying for his masters under the Baltimore Symphony Orchestra’s director, Marin
Alsop. He has won the BSO-Peabody Fellowship for next year, allowing him to work more closely with Alsop and guests as assistant conductor. He has also been recognised as the Peabody conservatory’s “Rising Star” for 2020. After finishing the academic year in online classes, he formed the Peabody Virtual Orchestra and conducted Elgar’s “Pomp and Circumstance March No. 1” which opened Johns Hopkins University’s online graduation ceremony. “Certainly not the same as making music in person, but a treat to perform
with friends,” he says.

JOHN R Walker is a professional artist living in the Braidwood area, whose principal interest is the Australian landscape and environmental history. His new exhibition “Fireground” presents a cycle of paintings on the theme of destruction and rebirth inspired by the recent bushfires. Utopia Art Sydney, 983 Bourke Street, Waterloo in Sydney until July 25, also showing online. 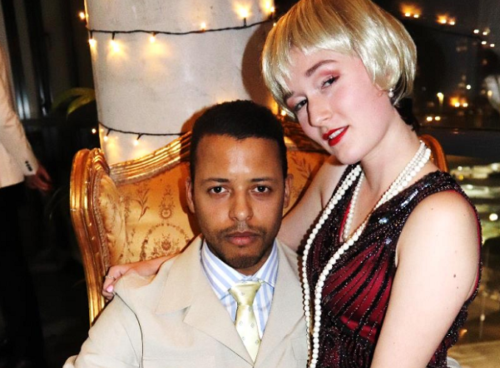 BUDDING Theatre is itching to get back on stage, and has announced that its production of “The Great Gatsby” will run at Belconnen Theatre from September 15-20. It’s a new adaptation by Kirsty Budding, who weaves F. Scott Fitzgerald’s words with 1920s music played by live jazz band, Charlie’s Angels. In the title role of Gatsby is former Olympic swimmer for Zambia, 28-year-old Zane Jordan in his first stage role. Playing his muse, Daisy, is 21-year-old Emily Mullamphy, who has been seen in “Sweeney Todd” and “The Little Mermaid”. Bookings now open.

M16 ARTSPACE studio artist Bronwynne Jones has been using a mix of new and reclaimed fabric to make a range of clothes and accessories under her fashion label Thunder Thighs Fashion. Of late she has turned to making practical but ornate face masks from fabric offcuts and with straps made from pantyhose. Her work is available here.

CityNews - June 23, 2021
0
One in four young women feel they are being poorly represented in the news, according to new research from the University of Canberra.