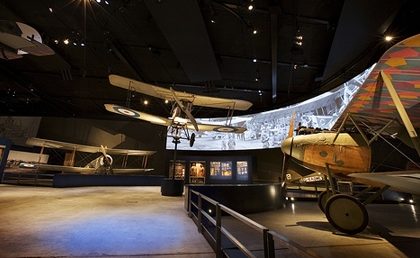 CANBERRANS have been found to submit three times more objections over a push for the $500m renovation of the Australian War Memorial at the expense of the Anzac Hall than any other planning issue before the National Capital Authority.

A record 601 objections to demolishing the award-winning exhibition gallery space that was dismissed against just three persons that were in favour has led to accusations the process has been “outrageous and anti-democratic”.

Not only was it the most lopsided approval of a territory project at less than 0.5 per cent, but it was at least 50 per cent more submissions that fronted the National Capital Authority than ever recorded in a history dating back to 1989, according to the consultation report.

The ACT Greens is standing with the community in opposing the project after weeks earlier its federal leader Adam Bandt was convinced the two major federal parties deliberately tried to exclude the party and independents from missing a procedural vote in parliament.

The snap motion left the minimum of two dissenters locked out of the chamber when the bells of the clerk rang to call a formal division and parliamentary debate.

“We knew that the National Capital Authority was receiving pressure from the Australian War Memorial and federal government, but are genuinely shocked at the speed at which this proposal was approved,” he said

“This demonstrates a fundamental failure to engage seriously with the depth and breadth of community opposition.”

“This highlights the need for democratic reform of the National Capital Authority.

“Canberrans deserve to have a say in the shape and nature of the city that we all live in something we will be talking about more in the coming weeks.”

The National Capital Authority has the power to decline a proposal that are “inconsistent” with its National Capital Plan and are shown to be unpopular, according to its own chief executive Sally Barnes.

The move for the taxpayer-funded redevelopment that was largely led by the two major federal parties will also ensure veterans will not be able to attend the national place of remembrance until at least 2024.

“The National Capital Authority is responsible for maintaining Canberra’s symbolic role as the seat of Australian democracy,” Mr Hollo said.

“Their action in ignoring the overwhelming community opposition and waving through this project shows how little they care about democracy and about their role in celebrating it.”

Helen Musa - June 15, 2021
0
From "Kiss Me, Kate" at The Q to a guided walk with Tim the Yowie Man and the return of the StoryFest festival at the south coast, it's all in arts editor HELEN MUSA's arts round-up.