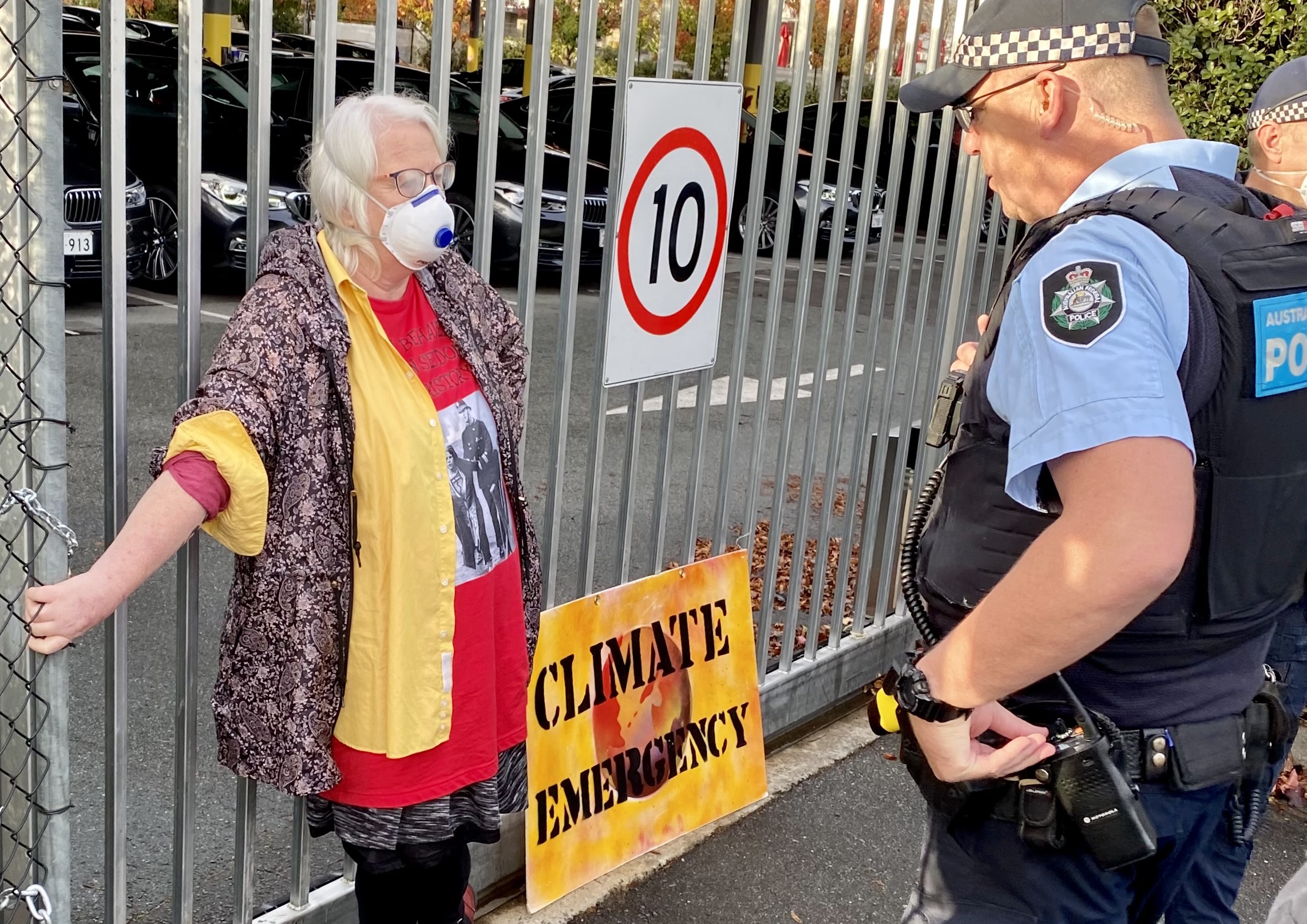 A MAN was arrested during protests at a government car storage facility in Fyshwick today (May 11) where protestors chained and super-glued themselves to gates.

The man arrested, Erik Herbert, a 21-year-old from Queensland, was charged for trespassing and failing to provide details to police.

Mr Herbert said he was demonstrating his disgust about how governments are committing climate crimes against his generation.

Four other protesters, who chained or super-glued themselves to the gates of the car depot, were removed and spoken to by police. Eight protestors had their details taken and may be charged on summons.

When asked what brought about the protests, Extinction Rebellion spokesperson Danny Noonan said: “We need to have a climate emergency budget so that we can start to make some change because we are lagging behind the world and we don’t do much about climate change.”

One of the protestors, Lesley Mosbey, said the federal government could be doing more to address climate change.

“I was willing to risk arrest today because I have come to realise that it is time to take the most significant and meaningful action we can to draw attention to the climate emergency,” the grandmother said.

“The government must declare a climate emergency and produce a budget and plans for an emergency transition, before it’s too late.”

Michelle Grattan - June 10, 2021
0
The Morrison government has escape hatch in the Biloela Tamil family case – if it wants to use it, writes political columnist MICHELLE GRATTAN.