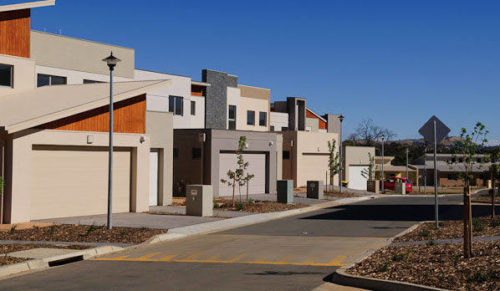 THE ACT government has boasted about leading the nation over affordable access to public and community housing, but recent figures suggest Canberra renters are paying a hefty price tag.

The Productivity Commission released data this week as part of the 2021 report on Australian government services that Housing Minister Yvette Berry pointed out demonstrates that the territory “continues to perform above the national average”.

“Every Canberran, no matter their circumstances, should have access to safe and affordable housing that suits their needs,” she said.

But the report also goes on to highlight that in the ACT, residents in three out of the four socio-economic categories spend the highest proportion of their incomes on rent.

Only pensioners in Canberra receiving disability support fared well nationally in the data through to the end of the last financial year.

The ACT also demanded greater than 30 per cent of incomes from residents more than anywhere else in Australia, nominally suggesting its the most expensive place to rent.

The reports also says low-income earners are “particularly susceptible to housing instability” that has led to “rental stress”.

The Tenant Application Centre Australia recommends, as a measure of housing affordability, that renters should not spend more than 30 per cent of income.

But more than one in every four Aboriginal and Torres Straight Islanders in Canberra pay at least that figure of their income to put a roof over their heads.

The 28.5 per cent is more than twice the rate of Indigenous householders than in South Australia (13.0) and Tasmania (14.1), and five per cent more than Northern Territory that is the second highest.

Nearly two out of every five renters aged 24 or under in the ACT fork out more than 30 per cent of wages.

That 39.9 per cent of young adults is nine per cent more than the next least affordable rents in New South Wales and more than double than in three states.

ACT is also the most expensive place for residents aged 75 years or older to live.

But the ACT government is sticking to its claims that more than any other government in Australia it is doing more to make public housing affordable.

During a 10-year period up until 2025, Ms Berry said more than $1 billion will be invested into housing that will ensure Canberra is “one of the most inclusive cities in Australia”.

The Growing and Renewing public housing program will also renovate 1000 homes and build another 260 in a $161 million commitment.

“While the ACT has the highest ratio of public housing per capita of any jurisdiction in Australia, we also previously had, on average, some of the oldest,” Ms Berry said.

“The focus of the Growing and Renewing program is to make sure that public housing tenants are in homes that best suit their needs, and are modern, comfortable, and efficient.

“This means working closely with people to understand their needs and place them in the best home for them.

“This process takes time, but achieves the best outcomes for the Canberra community.”

Brumbies cut Waratahs a break in a rivalled history