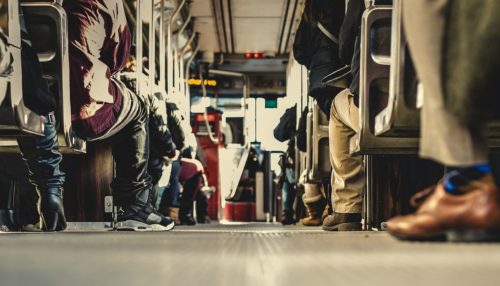 A FURTHER two travellers from a repatriation flight have been placed in isolation amid concerns that a number of returning Canberrans from overseas could also be affected and test positive for coronavirus.

ACT Health authorities identified two more positive tests on Friday (March 5) after they had come into close contact with the two men who were identified as having contracted COVID-19 after boarding a flight back in Canberra earlier this week.

The recent arrivals have been moved into a separate medi-wing, a secluded room of the quarantine hotel.

ACT Health Minister Rachel Stephen-Smith said the additional cases were exposed to the virus from “either in transit or from these two individuals”.

The risk to the public, including vaccinated medical staff, is said to be minimal.

“There shouldn’t be any concerns for people,” Ms Stephen-Smith said.

“Both of them have gone into quarantine and they will be tested.

“If one comes back positive, then of course firmer contact tracing will be undertaken, but, no, I don’t see any risk to the community at this point.”

The other 143 returning Canberrans will be tested on Saturday again to ensure that the virus has not spread further in quarantine.

“Our entire hotel quarantine system has really strong infection, prevention and control measures, and this is really stepping this up to another level,” Ms Stephen-Smith said.

“So it’s only clinical staff that are supporting those two individuals that are in that medi-wing with the needs that they have as covid-positive patients.

“That’s to provide some comfort to them and also for us to get an early understanding of whether there has been any further transmission or any further cases of COVID-19 in this group of return travellers.”

Ms Stephen-Smith added that there is an incubation period for covid cases regardless of any negative tests prior to their arrival.

Arrivals from the Singapore flight were given priority to accessing the vaccination, but also the “likelihood of a vaccination having full affect this week is pretty low”.

It was also revealed that the two local close contacts interacted with “people that came into contact” with the two males during the process of travel.

“We were advised before they boarded the flight that it’s possible that other people may have been exposed to the virus from either in transit or from these two individuals at some point,” she said.

“We want to get an early understanding of whether we’ve had any additional positive cases in that cohort, so we can again move them into the medi-wing and make sure they are getting the support they need but also minimise any potential risk.”

Andrew Mathieson - April 21, 2021
0
Canberra delivered something of bleak reports on past and future rollouts of the vaccinations to combat cases of coronavirus.