“THE ACT’s politically toxic prison just can’t stay out of the headlines. It’s got to be time for a public enquiry to find out why,” says “Seven Days” columnist IAN MEIKLE

THIS past week we learned that repairs to the Alexander Maconochie Centre from November’s riot, in which prisoners set fire to their cells, are estimated to cost more than $2.5 million.

Under Freedom of Information, documents obtained by “The Canberra Times” also revealed there was a lack of a clear command structure during the emergency; no direct notification to police about the incident by Corrections and then advice received that a “full siege” was taking place; “Inconsistent messages” from the corrections commissioner and concerns for the location and safety of the vulnerable female prisoners.

Also this past week an unnamed male prisoner lodged 63 complaints of discrimination against officials at the AMC. His issues were referred to the ACT Civil and Administrative Tribunal by the Human Rights Commission over his treatment in prison.

Which is ironic given that when then-chief minister Jon Stanhope opened the $130 million AMC in September, 2008, it was heralded as Australia’s first human rights prison.

But Mr Stanhope’s vision of a prison built to reform not punish faded fast from the government’s corporate memory once he retired from the Assembly in May, 2011.

These days it’s viewed as the worst prison in Australia for drugs and its disproportionate number of indigenous prisoners. And that’s before we get to deaths in custody, contraband through a hole in the fence, the “hangman” racist incident and the funny business of “Witness J”.

In recent weeks we’ve seen the publication of a confronting letter by remandee Julieann Frances Williams, 37, vehemently complaining about being strip-searched in front of male inmates against her will and listing accusations of racism.

Corrections Minister Mick Gentleman was having none of the Aboriginal woman’s complaints and has shrugged off calls for an inquiry by saying, in effect, that all staff at the AMC had his full support and confidence and that he did not believe the allegations of racism.

In recent days Ms Williams failed in a bail application before the Supreme Court.

The CCTV of her being forcibly strip-searched is said to be truly shocking, so little surprise that the ACT government, doubtless fearful of a “Don Dale” moment, briefed one of the territory’s top barristers to attend the hearing to ensure that the footage was kept secret.

Mr Stanhope, who knows Ms Williams, writes in a comment on citynews.com.au: “It should be noted that Julieann did not object to it being made public. In the event the judge ordered that the footage be suppressed. What, I wonder, are the real reasons for not wanting anyone to see the footage?” 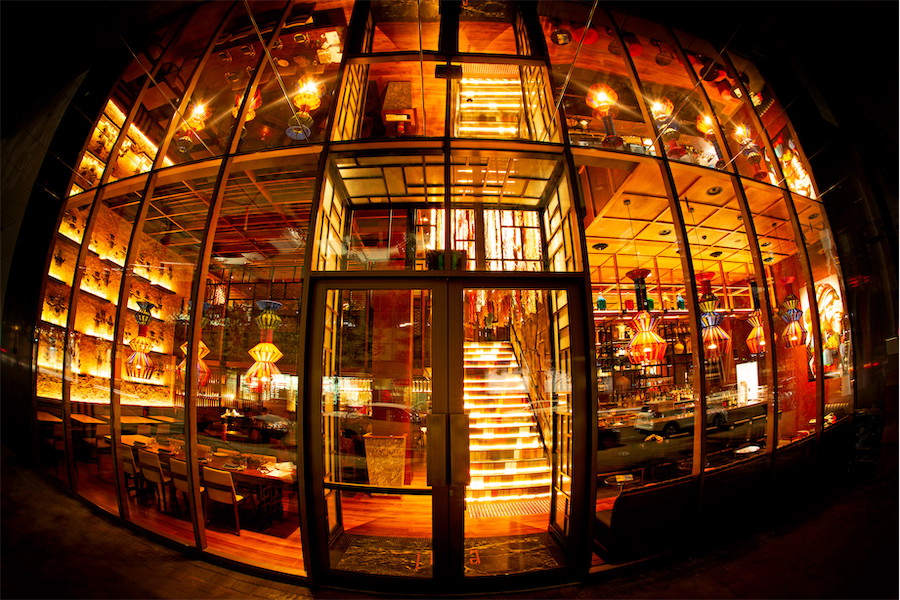 INKA Restaurant has opened on Bunda Street, Civic. Hungry snapper Andrew Campbell was positively drooling at the prospect of the restaurant’s fusion of Peruvian and Japanese flavours. In the faint hope of a free feed, he took this amazing photo.

READER Paul Crowhurst, of Hawker, wrote with a quiet grumble about noisy eateries.

“There are some places I will not go to and it’s not price driven, it’s the noise and general din.

“Some places are built like echo chambers with so many hard surfaces, glass, hard ceilings, hard floors and hard walls, the sound bounces all over the place.

“The result is that people talk louder and louder over each other, then try to talk louder than the next table so they can be heard and so forth. I’ve had an audiology check and that’s not the problem.

“One place in Emu Bank was so bad we, a table of four, have not been back as you just could not hear the person next to you.”

I know Paul’s problem; there’s a place in Swinger Hill with great food and terrible acoustics that I avoid.

Anyone else prepared to name names and call out the noisy restaurants and cafes? Fire away to editor@citynews.com.au

Ian Meikle is the editor of “CityNews” and can be heard on the “CityNews Sunday Roast” news and interview program, 2CC, 9am-noon.

CityNews - April 22, 2021
0
The continued sacrifice of Australian servicemen and women will be the focus of a virtual "Commemorative Service" hosted this Anzac Day (Sunday 25) by the veterans’ charity, Soldier On.