WHEN I was young my palette tended to the sweet. As I have grown older, my palate and my disposition have moved to the bitter. Ageing in wine doesn’t just produce a finer product, it also produces vinegar.

I think the secret is to know when to give it air; time to breathe is essential.

Anyway, I recently went to Bungendore to the Tres Bon restaurant with my companion and it was a very good night out.

Usually, I don’t eat dessert. But on this occasion, I was inveigled by the description of the chocolate tart (and a little tart can be something good to have).

The menu said that the chocolate was French and that it came with crème Anglaise. It defies the usual stereotypes to think that a British element adds a touch of sweetness or that the French would deign to name something after the country they tend to deplore.

The wine list offered a Muscat de Bagatelle petit muscat 2009. To be precise, the wine is Clos Bagatelle Muscat de Saint-Jean-de-Minervois, from Languedoc, France. It was a typical, light, orange-blossom tinged muscat, a grape variety that is also known as moscato or frontignac. When I sipped the wine there was little sugar discernible. The French muscat is as far away from the Rutherglen brown-tinted fortified, fruit-cakey muscat as Paris is from Dubbo. In fact, on first taste, I went ho-hum.

The wine opened up with the bitter chocolate tart. The two both lifted as the flavours became a true complement – being transported in Bungendore seems oddly like a nineteenth century prison sentence. But I only have compliments for chef Christophe Gregoire, who knows the matching of wine to his food. And my companion said: “I didn’t know you liked fortified wines.”

Oh, dear, the other trait that is accentuated as I grow older is the fine art of pedantry, the undue display of unnecessary learning. You sit back in your chair, swirling the wine in your glass and tell all the world: “Hold on to your hat”. Or at least make a correction that enables you to stroke your ego.

“No, no, no – this is not a fortified,” I say, fortified by my own knowledge. “This is from late-harvested grapes where they are shrivelled and wrinkled and full of sugar,” perhaps offering an inspection of my own wrinkles.

“The difference is that, with fortified wines, they add grape spirit, which gives them alcoholic clout.

“The clout in these late-picked grapes is because they have gone so late in the harvest that they are just mega-sugar and can be given an even bigger push if they are infected with the rather weird botrytis fungus. It gives sugar concentration and water loss a big boost.”

“What?” she says. “Did you say something? I think I got lost in the lovely taste of this crème brulee.”

“Yes, well,” I say, “I gave up appreciating that sort of custard when I was young. Have we ever had a discussion about how your palate changes as you grow older?”

I think it was at that point that I was asked to call for the account as, obviously, we needed a breath of fresh air. 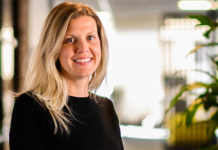 Helen Musa - April 14, 2021
0
When it comes to planning an international music festival for Canberra, artistic director Roland Peelman wants to have his Sachertorte and eat it.