POLICE released images of two men they believe are linked to the theft of two vehicles from gyms in the ACT and one in NSW this week.

Between 8.20pm and 9pm on Tuesday (December 15) a blue Hyundai i30 was reported stolen from the car park of Club Lime Conder.

A day later, a silver Toyota Prado was also reported stolen from Club Lime Coombs between 11.40am and 12.30pm. It was later recovered in Duffy.

Police believe the same offenders are linked to a vehicle theft from a gym in NSW on Tuesday.

In all three cases police believe the offenders illegitimately gained entry to the gym before stealing car keys and fleeing in the vehicle while the owner was using the gym.

Following these robberies, police are urging gym-goers to securely lock up their belongings when working out following recent car thefts at gyms.

“Unfortunately if your keys are out in the open unattended it makes it easy for an offender to steal your vehicle while you are preoccupied with your workout,” he says.

“If there are lockers available, be sure to secure your valuables and never loan your gym pass to anyone else.

“If you see someone entering the gym without a pass or anyone who shouldn’t be there, make sure you let management know.”

Anyone who recognises the pictured men or who has information that could assist police is urged to contact Crime Stoppers on 1800 333000, or via the Crime Stoppers ACT website quoting reference number 6695411. 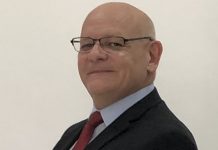