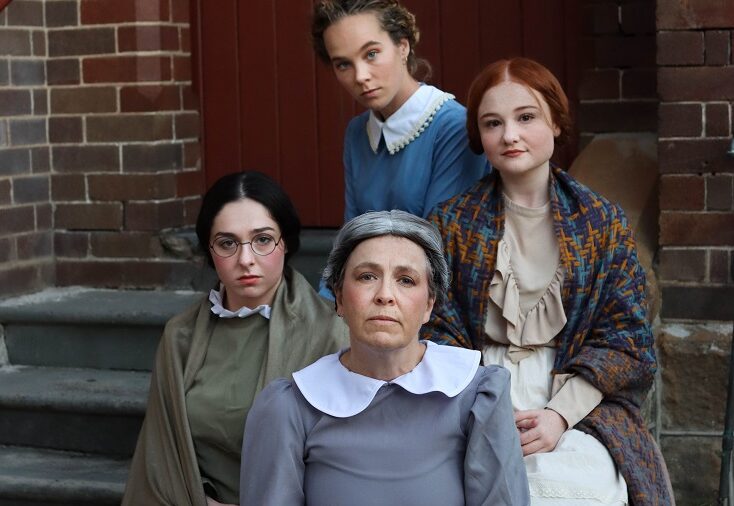 REMEMBER Anne Brontë, the youngest of the Brontë sisters and author of the proto-feminist novel, “The Tenant of Wildfell Hall”?

Historically overshadowed by her brilliant older sisters Emily (“Wuthering Heights”) and Charlotte (“Jane Eyre”), she’s the forgotten one, but not anymore, as playwright Cate Whittaker brings Anne into the spotlight with new relevance in light of the "Me Too" movement, so that she is now seen as the first whistle-blower on wife abuse.

Whittaker, also the author of “Forgotten”, based on the Parramatta female convict rebellion of 1827, has styled her work “a Victorian melodrama of murderous intrigue, madness and malice”, and intended it to be performed in the Brontë family’s Haworth schoolroom in England as part of the bicentenary celebrations for Anne.

Although the actors are dressed in full period costume, the proposal is very modern, that the Brontë sisters made an early contribution to feminism. The play recreates imaginary conversations between the three housebound sisters about the great questions of life and also its stultifying daily realities.

Anne is depicted by Whittaker as a “shy, sweet, sickly girl in the shadow of her two older sisters”, but she comes out of her shell in her sensational bestseller, “The Tenant of Wildfell Hall”, where she depicted a husband's physical and moral decline.

It is now considered to be one of the first feminist novels.